In the nineteenth century, artists tried to create the illusion of being present somewhere you are actually not by creating panoramic paintings. These artworks filled the entire field of vision of the viewer, providing them with the impression of being present in a scene or at an historical event.

Charles Wheatstone demonstrated that the human brain processes different 2D images from each eye into a single 3D object. A sense of depth and immersion is provided by looking at two side by side stereoscopic images – this was the concept behind the View-Master stereoscope, patented in 1939, which is being used for tourism. The same design principles are used for Google Cardboard and other affordable headsets for smartphones. 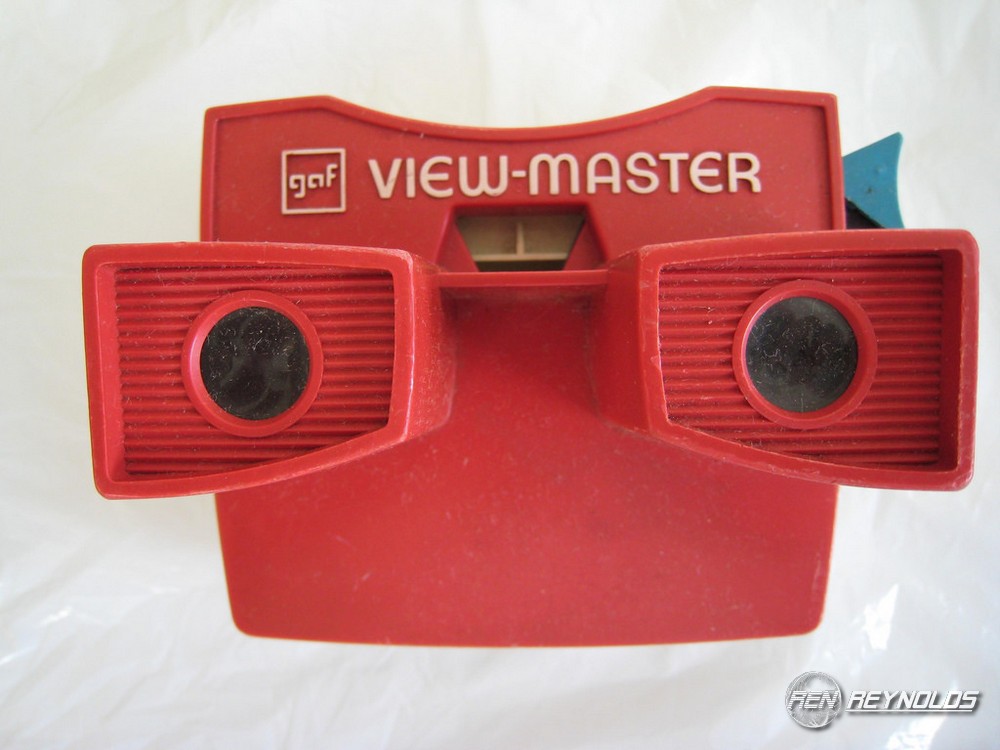 In the 1930s a science fiction writer named Stanley G. Weinbaum wrote Pygmalion’s Spectacles, a story about a pair of goggles that allows the wearer to immerse into fictional world with all senses, from looking at holographics to touching elements in the virtual world reality. The story features a very accurate depiction of the virtual reality concept as we know it today: “a movie that gives one sight and sound […] taste, smell, and touch. […] You are in the story, you speak to the shadows (characters) and they reply, and instead of being on a screen, the story is all about you, and you are in it.”

In mid 1950s an arcade-style theater cabinet was developed by cinematographer Morton Heilig. The device, which was patented in 1962, was able to stimulate all senses as it featured fans, smell generators, and a vibrating chair. Six short films were also created by Heilig, intending to ensure a full immersion of the viewer in the virtual world. In 1960, Heilig patented a head-mounted display which provided stereoscopic 3D, wide vision, and stereo sound. 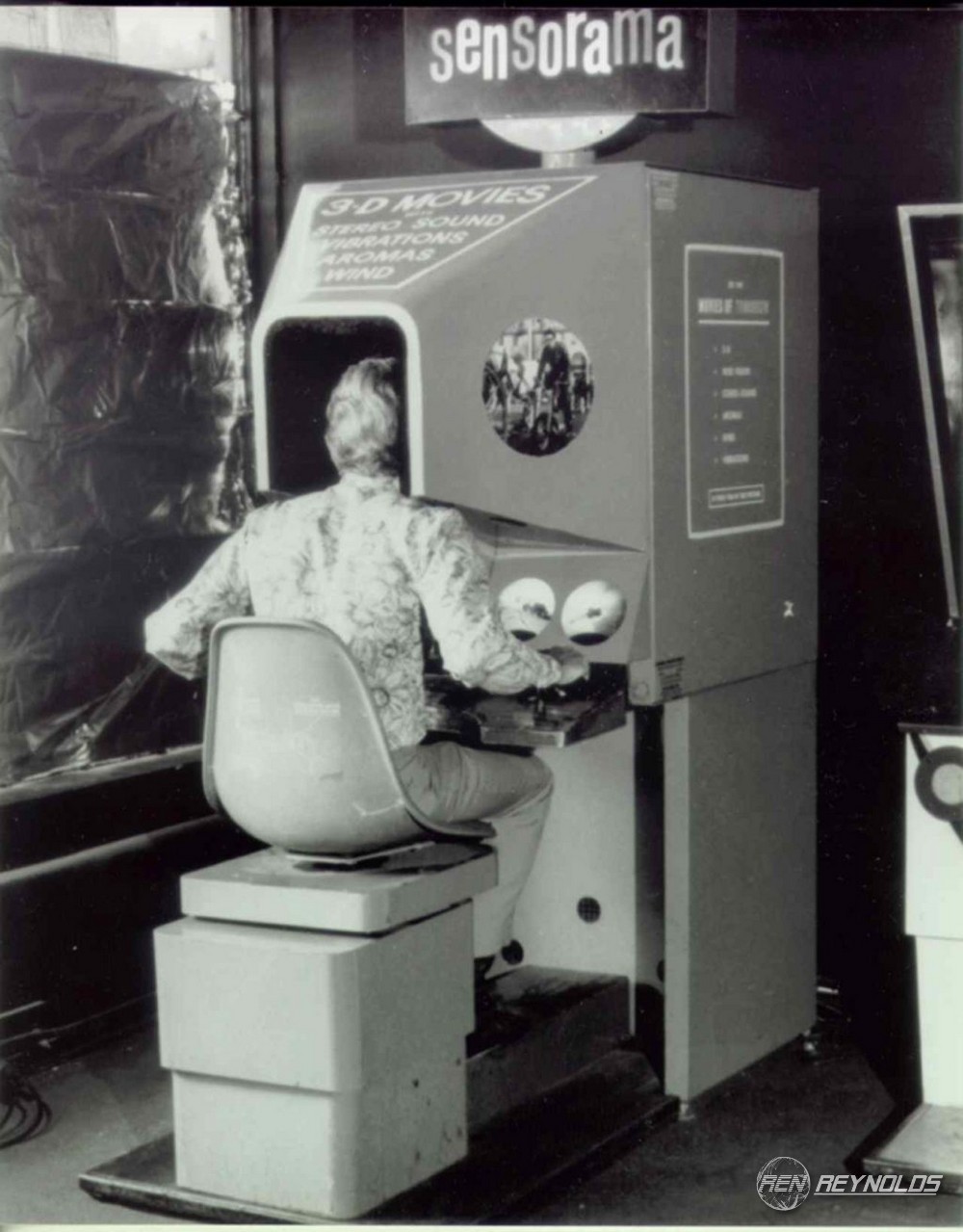 The birth of virtual reality

In the late 1980s there was still not a name for the technology presented earlier and for other similar developments; the situation changed in 1987 when Jaron Lanier either created or popularized the term of “virtual reality”. His company was the first to sell VR goggles and gloves and develop the area of VR haptics.

In 1991, the public gained access to virtual reality devices launched by The Virtuality Group. These were gaming machines equipped with VR goggles and immersive stereoscopic 3D visuals. It was even possible to enjoy a multi-player gaming experience by networking units.

The same year, the first cubic immersive room was created by a team from the Electronic Visualization Laboratory. The experiment was developed as the PhD thesis of one of the member, teams, Carolina Cruz-Neira, and it allowed people to see their bodies in relation to other people in the room.

The VR glasses announced by Sega

In 1993 gamers almost had the chance of playing video games with a VR headset from Sega! The company had announced the Sega Genesis console at the Consumer Electronics Show, and the product featured stereo sound, head tracking, and LCD screens. The glasses however remained just a prototype and were not released anymore due to technical development difficulties. 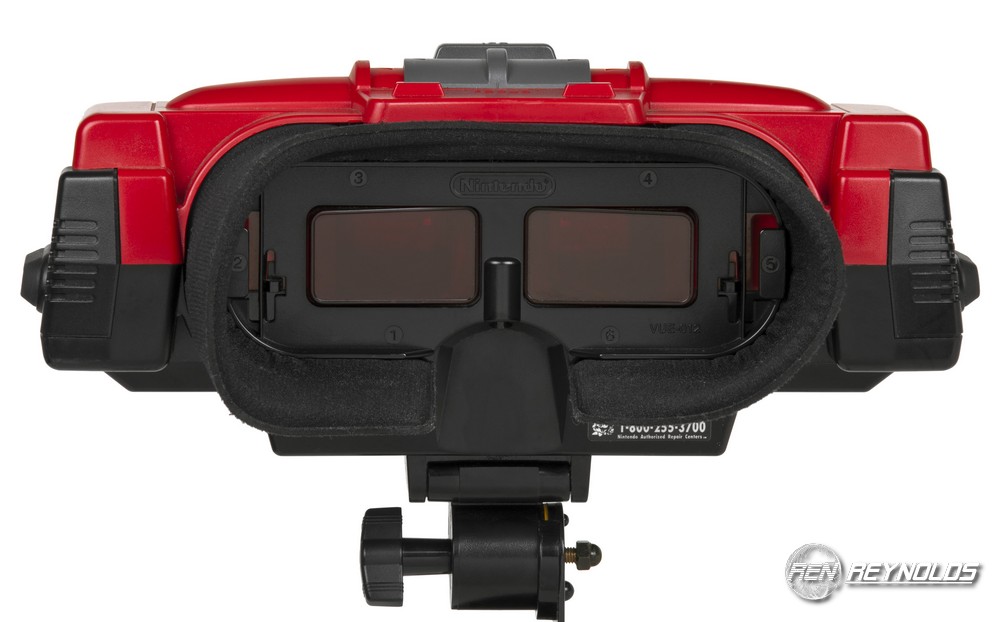 Another failed try from Nintendo

In 1995 the famous video games company launched Nintendo Virtual Boy, a 3D gaming console able to display true 3D graphics. Unfortunately, the product was a commercial failure due to lack of software support, comfort, and color in graphics (games were in red and black only).

The first Matrix film hit the theaters in 1999, depicting characters who are living in a fully simulated world and not aware of their illusion. The film had a huge cultural impact and made the concept of virtual reality more fascinating for the masses. 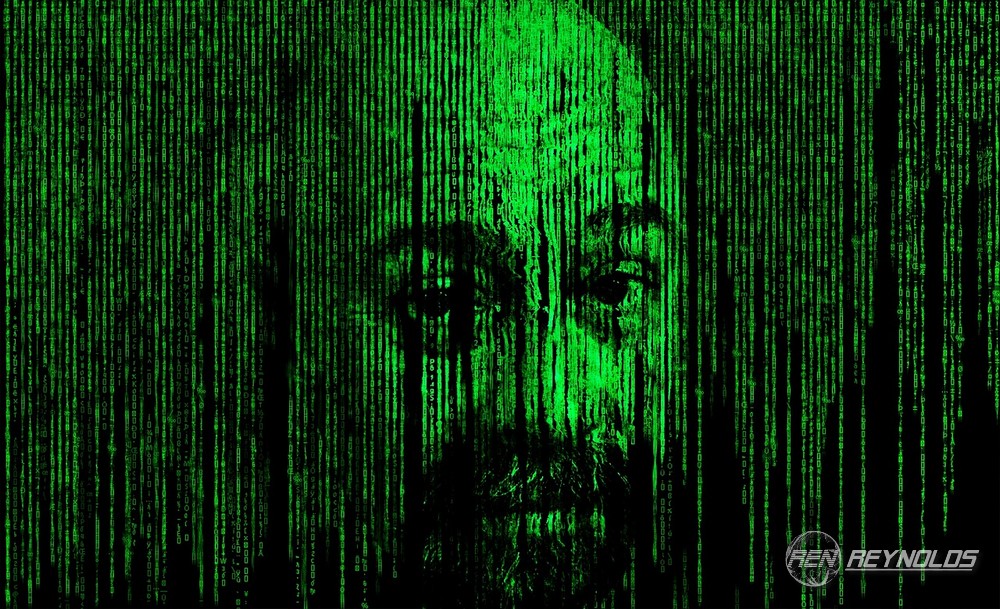 In 2010 the first prototype of Oculus Rift was designed by Palmer Luckey. Unlike the devices it was based on, Oculus Rift had a 90-degree field of vision, which had not been seen on the consumer market before. The Oculus headset made one step further after the discovery of low-persistence displays, which allowed lag-free and smear-free display of VR content. The discovery was made and freely shared by Valve. Oculus was purchased by Facebook for $2 billion in March 2014. 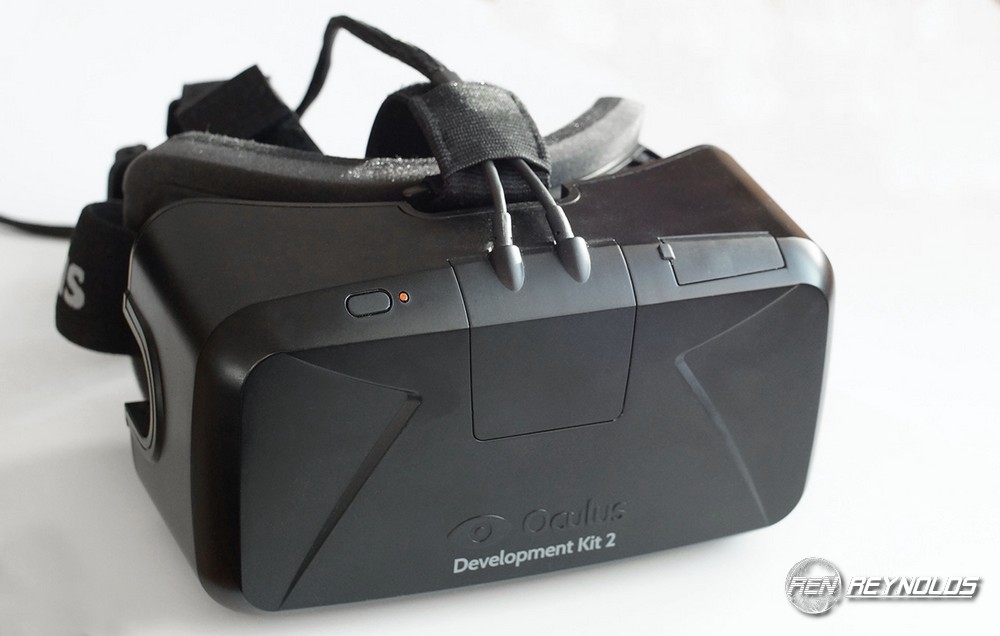 Sony and Google catch up with Oculus

At the same time when Oculus was being purchased by Facebook, Sony was launching Project Morpheus (the code name for PlayStation VR). This was a VR headset compatible with the PlayStation 4 video game console. Google, on the other hand, focused on affordability and launched Cardboard, a do-it-yourself stereoscopic viewer for smartphones.

HTC and Valve Corporation announced the VR headset HTC Vive in the first quarter of 2015. Vive was released in April 2016 and in November 2016 the HTC company announced the product had been sold at a profit. 107 games were known to be adopting the VR format when pre-orders for HTC Vive opened.

In 2016 there were at least 230 companies developing VR products; Facebook only has 400 employers focusing on VR development, while other technology giants also have dedicated VR groups (Apple, Google, Amazon, Sony, Samsung, and Microsoft). One of the latest developments is represented by the commercial release of sensor-based tracking, which allows users to move freely instead of depending on a defined space.
Gaming is probably the most popular use of virtual reality, and many revolutionary products have been launched lately to allow players to immerse deeper in fictional worlds. We are looking forward to discovering what will come next!